Entering the Mind of the Mayflower for the 400th anniversary

When the Mayflower Autonomous Ship sets off in September 2020, to commemorate the 400th anniversary of the original 1620 transatlantic voyage, it will have no human captain or onboard crew. Instead, it will use an AI Captain powered by IBM AI and Hybrid Cloud technologies to sense, think and make decisions at sea. If successful, it will be one of the first fully autonomous and full-sized vessels to cross the Atlantic. The development marine AI and zero-emission technologies will open the door on a new era of autonomous ships and help scientists collect data vital for protecting the future of the ocean. The mission is led by marine research organization Promare with support from IBM and a global consortium of partners.

Showcasing the potential of autonomous shipping

While the voyage will primarily serve as a technologically savvy way to commemorate a momentous historical occasion, it will also showcase the potential of truly autonomous shipping, which could in the future prove to be vital to transporting goods around the world.

“While the autonomous shipping market is set to grow from $90bn today to over $130bn by 2030, many of today’s autonomous ships are really just automated – robots which do not dynamically adapt to new situations and rely heavily on operator override,” said Don Scott, CTO of the Mayflower Autonomous Ship.  “

Using an integrated set of IBM’s AI, cloud, and edge technologies, we are aiming to give the Mayflower the ability to operate independently in some of the most challenging circumstances.” 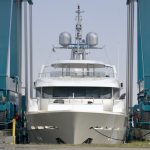 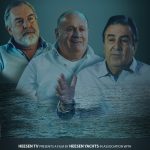 M/Y Octopussy Documentary – the yacht that could not be builtBrokerage, Design